The Schaefer Center for the Performing Arts
733 Rivers Strt.

One of the country’s pre-eminent singer-songwriters, Rosanne Cash has released 15 albums of extraordinary songs that have earned four Grammy Awards and 12 nominations, as well as 21 Top 40 hits, including 11 chart-topping singles. She Remembers Everything—her latest release—is a poetic, lush, and soulful collection of songs that reckon with a flawed and intricate world. It follows her triple Grammy-winning 2014 album, The River & the Thread, and marks a return to more personal songwriting after

The Ashe County Chamber of Commerce is a not-for-profit voluntary membership association that serves as the unified voice for nearly 500 member businesses, individuals, and non-profits in and around the High Country. The Chamber also operates the Ashe County Visitor Center in downtown West Jefferson, welcoming all who explore the coolest corner of North Carolina. Experience its four-season climate, charming towns, and unforgettable natural scenery for yourself! 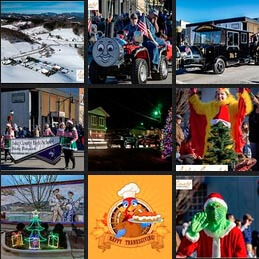